Followers of the SABC 1 show, Skeem Saam are in were left s with so much surprise and shock over what will happen to MaNtuli and John Maputla. 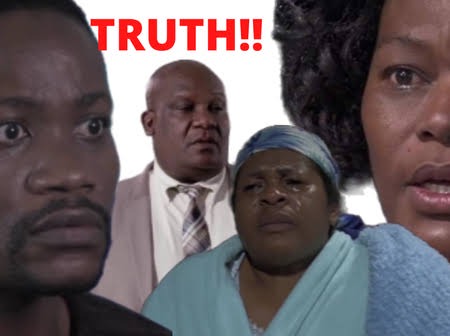 The drama has worsened now, Zamokuhle definitely wants nothing to do with her mother unless she tells the truth on who is his father. Moreover, her best friend, Meikie Maputla who does not know that her bestie has once been on the sheets with her husband and as a result, Kwaito was conceived.

John Maputla told Meikie that he heard Zamokuhle speaking to Thabo as he said that MaNtuli mentioned to him that his father is around Turfloop. That made MaNtuli be more curious as she was set at finding out who is Zamokuhle’s father. In an episode of Thursday, Meikie Maputla asked MaNtuli if they can go to a spa just to spoil themselves. Her main intention was to get MaNtuli to reveal some hint about the real father of Zamokuhle.

The drama got more intriguing in an episode of Friday and fans were left with their jaws dropping and anticipating the episode that will play on Monday. On Friday’s episode, John Maputla and Julie MaNtuli were in his office discussing the possibility of John being the father of Zamokuhle. It was then that Meikie walked in on them as they were talking.

Meikie refuses to believe MaNtuli and John’s explanation of their secret meetings. MaNtuli goes into hiding, fearing for her life. Lehasa forbids an employee from leaving work to go help his troubled sister.

Things go haywire when MaNtuli goes to John’s office with a DNA test kit. Sis Ouma finds herself tested by someone who needs her help. Lehasa refuses Sifiso’s request for leave.

Good News to Sassa Beneficiaries R350,Here Is What Will Happen
Next On Skeem Saam Monday Episode- MaNtuli Goes Into Hiding Fearing For Her Life.
Advertisement