Glenda does the unexpected, bad-mouthing Lizzy over a boyfriend whose laying in the hospital bed

As we have seen in the previous episodes of Skeem Saam, there are high chances that Lizzy might lose her job because of her. After being caught strangling Glenda against the wall. These women have forgotten totally that Kwaito is in need of help, this is indeed not the right time for them to be causing all the drama. All that Glenda could think of now is to tarnish their relationship and also make sure that Lizzy losses her job as a doctor. 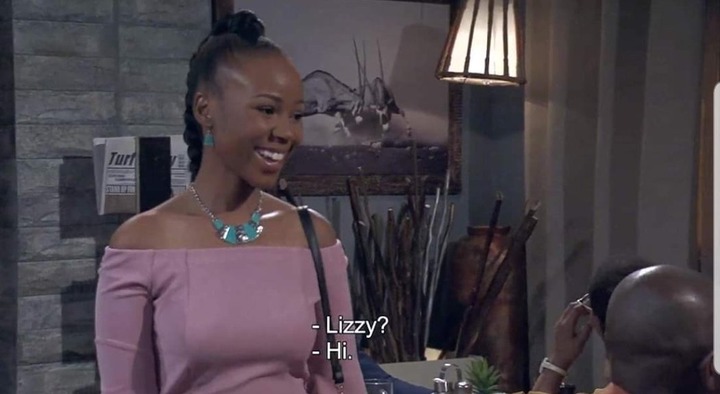 Being welcomed by Mantuli she realized that Kwaito will now down to her. But, the truth is viewers now understand that Maputla’s are worth fighting for since we can see how women fight for them. Meikie is shooting people just to have Maputla to herself. Glenda is badmouthing Lizzy to have another Maputla to herself too. It’s hectic on Skeem Saam.

A woman scorned makes a shocking escape. Elizabeth’s rivalry with Glenda is now becoming a threat to her career. Sis’Ouma is devastated at the news of her close friend’s recent tragedy.

Elizabeth finds herself staring down the barrel of a gun at work because of Glenda. The Maputla scandal threatens Tbose and Mapitsi’s wedding plans.

John struggles to break free from the grip of shame. Sifiso is on the verge of unemployment. Principal has words for Mapitsi that Alfred spits right back.

Babeile bursts into the Maputla home with guns thirsty for blood. Pretty is compelled to plead for Sifiso at his employer.

Leeto orders a helpless woman to leave town with her spawn. Elizabeth receives an e-mail from work that exacerbates her stress.

The Magongwas are clear about what they want regarding Tbose and Mapitsi’s pending nuptials. Sifiso receives some unpleasant news regarding his employment at Café Rovuwa.

Pretty inadvertently digs a deeper hole for Dr Thobakgale at the hospital. Lehasa is livid when he learns of what Cindy intends to do with her Café Rovuwa shares.

Much to John’s pain, Kwaito reminds him who his real parent is. Principal forbids Elizabeth from fetching her man from the hospital. Sifiso’s troubles exacerbate when his car breaks down.

Mapitsi will not allow anything to delay her from walking down the aisle. The news regarding the shares reach the wrong person at Café Rovuwa.

John goes back to work and it turns out to be a disaster for him. A concerned mother comes looking for her daughter in Turf but she’s nowhere to be found. Lehasa announces a senior employee’s dismissal.

Things get worse for a young doctor when she finds herself being the prime suspect in someone’s disappearance. MaNtuli’s stay at her house is short-lived and it pains her. Fanie gains some interesting intel regarding Café Rovuwa shares.

Elizabeth fights for her life in an untenable situation. The staff threaten action against Lehasa but he puts them in their place. Kwaito battles to recall a recent tragic incident.

In an effort to help Elizabeth, Principal resorts to desperate measures. The Rovuwa staff come up with a plan to show Lehasa they mean business.

Leeto irons out the details of his divorce party. Babeile is certain Dr Thobakgale won’t be released on bail. A go-slow continues at a prominent businessman’s establishment much to his chagrin.

Two former best friends finally have a go at each other. Principal is shocked at the discovery of Glenda’s whereabouts. Leeto parties it up to his newfound freedom in Joburg.

Not everyone is excited about Leeto’s divorce party. Things heat up between Lehasa and an employee because of the go-slow. The idea of returning home doesn’t resonate with MaNtuli even with Sifiso’s attempts to ease her pain.

MaNtuli finds herself displaced in her new environment. Glenda has been found, but Elizabeth is far from being off the hook. Lord of the Flies doesn’t get the reception he expected from his old mates.

Sifiso worries as tensions rise between his wife and MaNtuli. Lehasa has a rebellious staff on his hands, and it’s now getting in the way of a divorce party. Pretty is ill at ease to learn that Elizabeth’s disciplinary hearing is still looming.

Leeto wakes up next to two women and is shocked to see who one of them is. Two surprise witnesses arrive for Dr Thobakgale’s disciplinary hearing.