Muvhango Vs Skeem Saam Actresses, Who Are The Hottest? Check Pictures and Videos Here

Mzansi entertainment industry is so saturated with raw, unique – and not forgetting the beautiful goddesses that have made us not miss a day in adoring their talent on the small screens. We see them on our televisions daily. We enjoy seeing these actresses on TV every day of the week, we love seeing them do outrageous stuff, sad stuff, shady stuff, and most of all, we just love to see their beautiful faces, almost every day – I mean, we can all admit that it’s therapeutic! In this article, we look at Muvhango Vs Skeem Saam Actresses, Who Are The Hottest? Continue reading to discover for yourself.

You may also like:Top 10 Generations: The Legacy Actors That We Miss

The most beautiful Muvhango actresses in 2021

You may also like: Top 10 of Mzansi Magic The Queen Actors We Really Miss

Amanda du-Pont is a Swazi-born South African actress, model and television host. Du-Pont is known for her portrayal of Lelo on Skeem Saam and Senna in the CW drama series Life is Wild and Sharon in the SABC 3 comedy-drama Taryn & Sharon. Currently, she stars as Ashley in the Netflix thriller series Shadow. Mapitsi from Skeem Saam is originally known as Mogau Paulina Motlatswi. She was born in Limpopo (not far from Lebowakgomo) before she later relocated to Johannesburg and then had her primary education at Piet van Vuuren Primary school in Brixton. Pretty’s name in real life is Lerato Marabe, and she was born in Vosloorus. In her self-description, she is hyperactive, talkative, and also playful. Before she began acting, Pretty from Skeem Saam had always desired to become a princess and then a teacher. fourth on our list of hottest Skeem Saam actresses is Kea.Kea Leburu is a South African actress and dancer best known for her role as Bontle on the SABC1 soap opera Skeem Saam. Born Keamogetswe Trudy Leburu in Kagiso township west of Johannesburg she attended Bosele Primary School, where she discovered her interest in and love for netball. 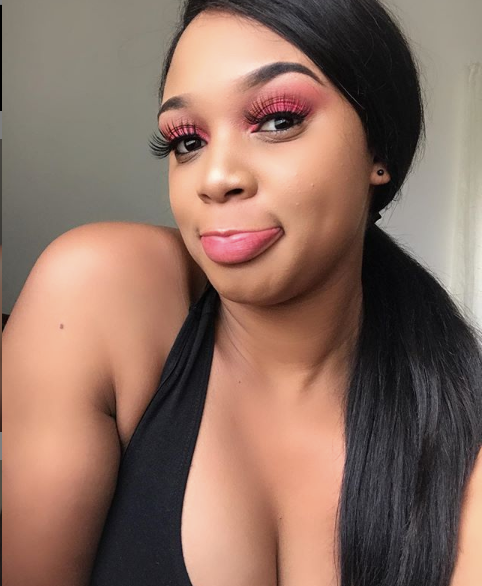 Nozi Langa is best known for her role as Glenda on Skeem Saam. There is a lot though that this talented actress has done and continues to do. Among other things, Nozi is a theatre performer, presenter, model, businesswoman, and radio personality. Tlhologelo Oratile ‘Rarang’ Basetsana Phuti Maitisa (20) who is from Polokwane, Limpopo, currently resides in Auckland Park. She is a quiet person and respects people’s space. Oratile is an actress by profession and plays the role of Eunice in Skeem Saam. Innocent Sadiki is one South African actress playing a role in Skeem Sam soapie teasers who has won the hearts of many fans. The actress is also best known for her co-presentation on the ONE Gospel show Alpha Youth with Millicent Mashile, her twin sister. In the television drama series, Sthoko from Skeem Saam plays a role as MaNtuli’s oldest daughter who was in a relationship with Dennis, a man known for his abusive character. Amanda Manku is a South African television presenter and actress best known for playing the character of Lizzy Thobakgale on Skeem Saam and made her acting debut in the second half of the series (Skeem Saam 2) in 2013. In the show, Elizabeth Lizzy Thobakgale is a tough cookie who isn’t shy to speak her mind. Makgofe Moagi is currently playing Charity Ramabu on the hit Drama Skeem Saam. Among her many talents, she is a television presenter, actress, and model. House of Zwide: Unrepentant Ona gives Vusi Kunene the Runabout
This Is How Much Sindi Dlathu as Lindiwe on The River Earns Per Month
Advertisement