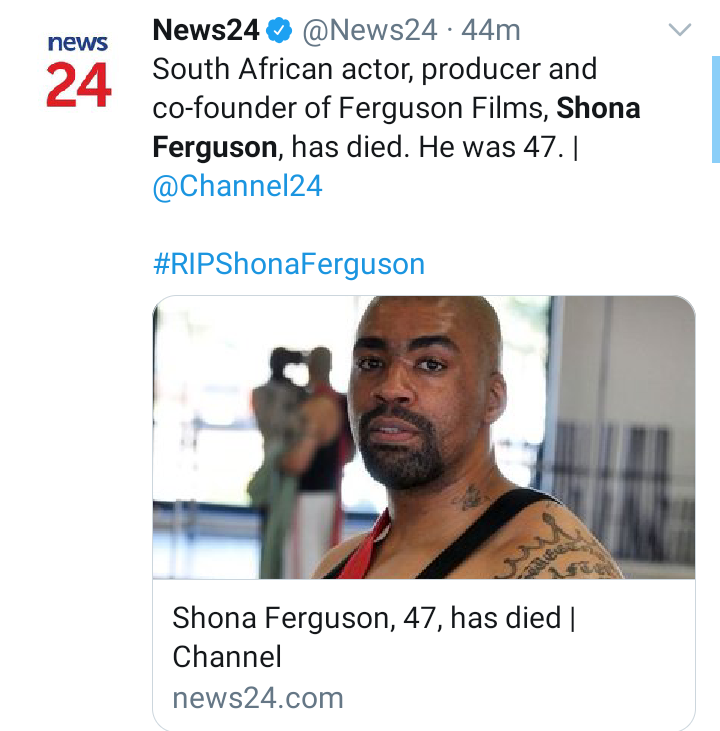 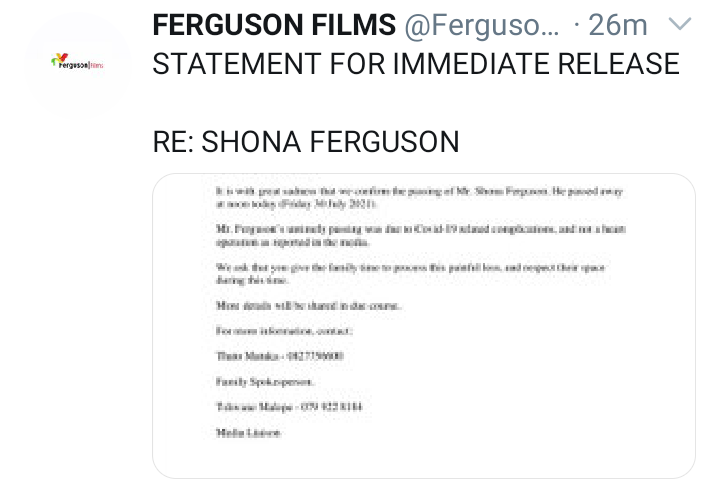 However, According to an official statement from ‘Ferguson Films‘, which is a production company owned by Connie Ferguson and the late Shona Ferguson, the cause of Shona’s untimely death actually had nothing to do with a heart surgery (operation). 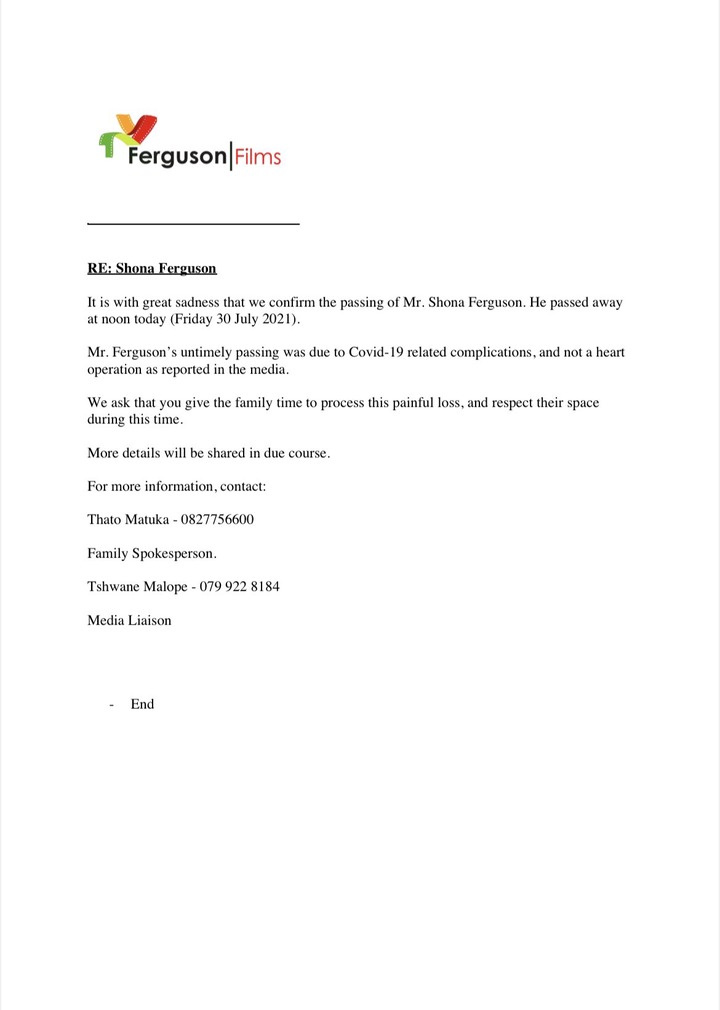 According to ‘Ferguson Films’, Shona Ferguson’s death was caused by health complications related to the Corona Virus (Covid-19).

“Mr Ferguson’s untimely passing was due to Covid-19 related complications, and not a heart operation as reported in the media” – Said the official statement

The death of Shona Ferguson has left thousands and thousands of South Africans stunned, as he was a very beloved person, may he rest in peace.

Coming Up Tomorrow On Skeem Saam, Leeto Wakes Up Next To Two Women and Is Shocked To See Who One of Them Is
Bad for Scandal Viewers,Here Is What Is Coming
Advertisement